I’ve been tagged for this one by Adele over at Circus Queen. I popped over the A Mother’s work to check out the originating posts.

Leave a comment on mother.wife.me so we can keep track of the meme

Tag 3 people and link to them on your blog

Let them know you tagged them

Tweet loudly about taking part (well ok, that isn’t a rule, but how about if we start a hashtag – #amothersworkmeme) 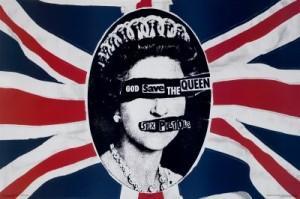 1. Did you work before becoming a mum?

Oh yes. Variety of jobs – careworker, bar staff, security team leader, programmer. I didn’t become a mum until I was 29, although I very much wanted to. Just finding the right man 😉

2. What is your current situation?

Atm I’m home educating my two eldest children, rearing a toddler, and waiting for the imminent birth of no4. The home education alongside the pregnancy and toddler as a combination makes working out of the house somewhat complicated, so I’m also trying to build a home business around blogs and blogging. The time management and lack of energy at the end of pregnancy is rather hindering me though.

I have worked out of the house since having children. I continued work with HSBC when Big was little – I was back in the office half time when she was 14 weeks old. She was in the nursery over the road, and I really do believe it was a lifesaver at the time – I had no idea how to manage a baby who did little but scream at me whenever she was awake, and barely seemed to sleep. Nursery gave us a routine and a structure, and the staff there helped me learn how to deal with this new little being who’d arrived in my life.

When Small followed along 3 years later, I expected to go back to work, but I applied for flexible working and was turned down. I don’t think they had the right to do that tbh, and I probably should have fought it, but instead I took voluntary redundancy meaning I had ample (!!) money to spend the next couple of years at home with both children. Then I was very lucky to find work in an extremely family friendly firm, who supported home working, flexible hours and were located four miles from where a new montessori nursery and school opened. Which kept us going for another couple of years.

Now it just wouldn’t be feasible for both of us to work out of the house. And I wish that there were more firms that recognised the reality of parenting. Working flexibly from home enhances productivity in my experience – ppl are really grateful for the chance to fit work around their families better, they don’t spend so much time, money or energy commuting and they respond well to that kind of incentive. Home working wasn’t abused by any of the staff I knew, if anything they all worked that little bit extra to retain the privilege.

Also, if companies allowed more ppl to work just slightly shorter hours there would be more jobs to go around, which might ease pressure on the job situation as well as making for happier families. (Although I do know that that is a very simplistic view on the situation. But far too many companies are taking advantage of ppl doing unpaid work in order to inflate the dividend to shareholders, and it’s not on. We need responsible employers and healthy happy employees to turn this economy and situation about.)

Right, I put out a call on twitter for volunteers to take part in this meme, and I got Snafflesmummy, Simply Hayley and ChelleMcCann Also I’m tagging my friend Anni over at TbirdAnni 🙂 Looking forward to hearing what you’ve all got to say.