I’m staring into the future and it’s a little scary. In 20 weeks, give or take, life will change again. We’ll need a bigger car for the few car journeys we make with all of us. An extra bed or cot or something. Some extra rooms would be nice, but realistically not going to happen by then.

I’m going to have to get more organised. (Yes, I know I’ve been saying that forever. But it’s really going to have to happen this time.) I’ve started already. Decluttering rules – stuff is leaving the house for charity shops, recycling and even the bin. It’s slow though, and I’m not convinced I’m keeping up with things coming in :/

So, some plans, targets, goals, whatever.

In 20 weeks. Declutter the house. Main focus – our bedroom, living room, kid’s room. Stuff without a home has to leave – cupboards need to be used efficiently, and yes, winter clothes will store in loft and swap over and so on. Loft is acceptable storage as long as things aren’t just mouldering up there. Updates to be given weekly. I’d also like to ebay or sell some stuff that is actually worth a bit, as secondary plan is to…

generate income stream. I have four or five web based projects in mind. I need to get them going, write up material, get into a habit. I think realistically I need to aim on two hours a day writing, managing, doing emails, social media, promotion, that sort of stuff. Which is going to require discipline. There needs to be a month of stuff to keep them all covered while birth happens and babe arrives to take pressure off me then. Target by 20 months time, to be bringing in £1000 a month online. Probably ambitious, but actually I do think it’s doable if it’s split over several projects. Open to writing for other sites for pay, but will have to scale back on giving out material free. Target to be updated monthly.

Also within 20 months, get the allotment productive. Have home education properly organised for all the children, including the littlies. Be using bikes instead of a car as our primary transport – which means sourcing something I’m happy ferrying small ppl around in, and working out how to afford it. I’d like something like the stuff on this site but I’ve no idea what is the best solution. And I’ve no idea how to get Small safely on the road – I suspect something like a trike might be the answer, but again, it’s the cost 🙁

I’d also like to have worked out how to spend some time on me for me. Be it a craft group, or the WI, or just a local group of friends – atm I’m very isolated, and I don’t get out at all without children. Obviously that’s going to be difficult to manage with a new littlie, but I want to put it down here to make sure that I keep my eye on it and work towards it. Can’t be doing with just disappearing under the weight of family as it were.

Monthly updates to follow. They may not be here though, one of those projects may sneak them away 😉

And in 20 years? Well, I should have at least 2 independent children, with the other two well on their way to it. I’d quite like still to be here – done enough house moving in my younger years to have gone off it completely now. But I’d like for us to have an extension so we’ve got those extra bedrooms (actually I’d like that to have happened within 20 months, but might be a bit more than we can achieve), and I’d like lots of eco friendly things like PV panels and solar water heating. Maybe a nice conservatory too, definitely fruit trees in the garden, and hopefully a pretty much self organising allotment. 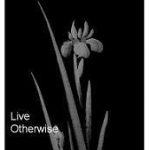 So there you go. Plans, targets, some thought through, some pie in the sky. Time to wheel out the badge again.

So, if you looked at our life that way, what would your aims be? Any you feel like sharing?